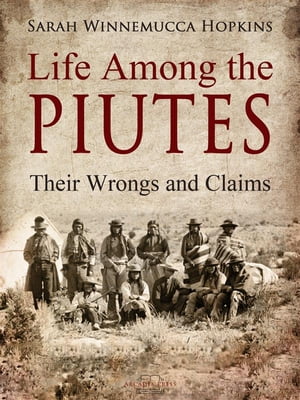 ＜p＞＜strong＞Sarah Winnemucca Hopkins (c. 1844 ? 1891) was a Northern Paiute author, activist and educator.＜br /＞ Winnemucca published Life Among the Paiutes: Their Wrongs and Claims (1883), a book that is both a memoir and history of her people during their first 40 years of contact with European Americans.＜/strong＞＜br /＞ It is considered the "first known autobiography written by a Native American woman."＜br /＞ Anthropologist Omer Stewart described it as "one of the first and one of the most enduring ethnohistorical books written by an American Indian," frequently cited by scholars.＜br /＞ Following the publication of the book, Winnemucca toured the Eastern United States, giving lectures about her people in New England, Pennsylvania, and Washington, D.C. She returned to the West, founding a private school for Native American children in Lovelock, Nevada.＜/p＞画面が切り替わりますので、しばらくお待ち下さい。